admin shared a photo. 5 months ago

It's time for this hack to go. She is now demanding that there is a January 6th committee to look into the January 6th incident and if that is not enough, she plans to select the team of elected officials that will sit on this committee. Tell me this is not a set-up. This will not be bi-partisan at all. This committee will be made up of anyone that hates Trump. I have no doubt that hating trump will be a pre-requisite for being on this committee. We Americans will never know anything more about January 6th than we already know. Was it wrong? Of course it was wrong, but it was not a Armed Insurrection as she would like the world to think. We all saw the speech that Donald Trump gave that day and anyone that even remotely suggest that he was inciting an insurrection is just crazy. Not to mention, we have all seen what the democrats did all summer long in 2020 where they destroyed American Cities. Has she suggested that Congress hold a hearing on all of that. Bullshit. All you people in Nanci Pelosi's voting district need to wake up. She will be re-running for election soon and the the United States and the world is hoping you all grow up and vote her out. 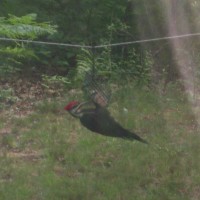 DAMartin Yes!!! One more year and she is up for Re-Election. We need to get the word out that she needs to go. 4 weeks ago
Like
•••

How to resolve AdBlock issue?
Refresh this page